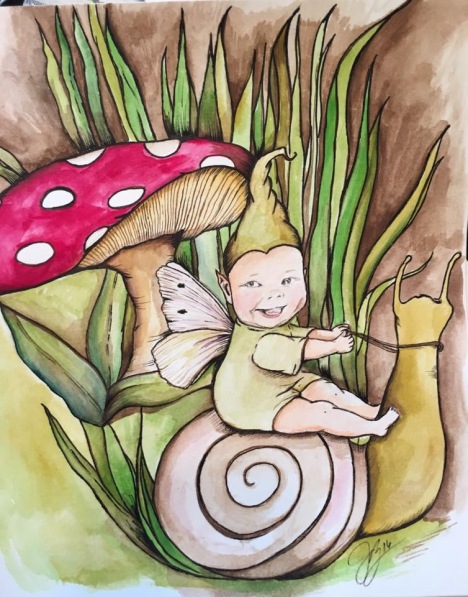 A new year, a fresh start. I am not a New Year’s resolution type of person. Why? I rarely keep promises I make to myself as evidenced in the fact that it has been nearly a year I believe since I’ve attended to this blog. It isn’t that I didn’t have anything to say, I always have a lot to say, I think I just needed to step away. What had started out to be a blog about art turned into a far too personal glimpse into my life. There’s an anonymity when you sit behind the keyboard that allows for a false sense of security. While I was well aware that family and friends, as well as friends of friends, were reading my heartfelt musings, I never thought about the people I didn’t know. I didn’t worry about running into someone at the grocery store and having them throw every painful word in my face. That has changed. When we left our other house and downsized into our new home I struggled with what I saw around me. Still reeling from the aftershock of job loss we were anxious to move on and start fresh. In many ways I think it blinded us to the monumental amount of work needed in the new place. It has been more than a year and a half now. There is still work to be done, but this is now home. Unfortunately with this home came an enormous problem. A neighbor, one who has sought out me on the internet and found these pages. I have been told stories by other neighbors as well as the local police of her behavior. I don’t want to go into too much detail, but I don’t believe that her mental state is as bad as what I have been told. There is much too much that gives her away. She is the person I refer to when I write about my words being used against me. She has gone as far as to scream awful names at me simply on sight, to tell me that my art is “shit”, and to cause small amounts of damage in my garden, however, nothing is worse than the screaming of nasty things at me about my deceased father. I have learned a very painful lesson. I have revealed too much. So here I sit, no longer anonymous but determined to not let her get in my way. I started this entire project as a way to essentially blackmail myself into working on my art. A promise made to the universe instead of to myself. I did it for a year. I did it every single day. So yes, I am still here, and I’m not going anywhere. I made an attempt to recapture that year once before and failed. Not this time. Not a resolution but a determination to do what I was meant to do…create! No time lines this time, and certainly not posting every day, but a return to the studio and a promise to share what happens in there and for the moment nothing beyond that. Wish me luck. I’ll be back soon.

…You didn’t think it would be this fast did you? Actually I’ve decided to attach a piece of art to this post. The one amazing thing that came out of 2016 is my grandson, Timmy. He is a very elfin little fellow and I was compelled to make him into one. A piece for today, Timmy the Elf.